What is a Biomagnetic Pair

On 1988 Dr. Isaac Goiz Duran MD, Medical Surgeon, discovered the Biomagnetic Pair BMP.
This vibrational - energy medicine / therapy screens the body for pH unbalances that could be the cause of dysfunctions and symptoms affecting a person's body.
It restores our health by balancing the acidity and alkaline levels of the body when applying medium intensity magnets of opposite polarity to those specific areas.

A Biomagnetic Pair BMP is created when there are 2 specific areas in the body that are energetically connected and resonating with each other. One is positive-acidic the other negative-alkaline.
Dr. Isaac Goiz Duran MD discovered that viruses and fungus have a symbiotic relationship with each other as well as bacteria do with parasites.
Bacteria and viruses resonate with each other when disease and  illness appears.
Bacteria and parasites live and grow in an alkaline environment while viruses and fungus live and grow in an acidic environment.
It is possible to recover health through medium intensity Biomagnetic fields produced by natural magnets of 1,000 to 15,000 power of attraction (Gauss), applied in pairs to specific parts of the body, this is a Biomagnetic Pair BMP.
We place positive polarity magnet in the positive area and negative on the negative area.
This neutralizes the pH of the area by pushing the charges towards each other thus neutralizing it. Pathogens either immediately die since they can not survive in a neutral pH environment or they return to their normal pH balance.
Cells become healthy and the body starts healing itself, surprisingly fast.
Because of this discovery the Oxford International University from England gave Dr. Isaac Goiz Duran MD, the Doctorate of Philosophy in Bio-energetic Medicine in 1999.

Up to present and with 33 years of practicing Biomagnetism, Dr. Isaac Goiz Duran MD, has identified over 350 pairs that cover most of the glandular dysfunctions, diseases, syndromes and illnesses such as diabetes, cancer, HIV, Covid etc...
In general, common diseases are produced by a single Biomagnetic Pair (BMP).
Complex diseases are the result of association of two or more BMPs.

Dr. Isaac Goiz  Duran MD, has very successfully treated more than 500,000 patients with Biomagnetism and has trained more than 20,000 Medical Doctors and other Health Therapists from many different countries.

The admirable simplicity of this system allows working with powerful but safe magnets of different forms and intensities with which amazing results are obtained. 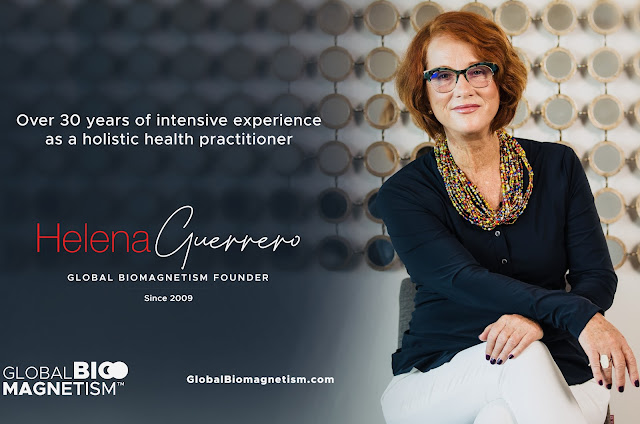 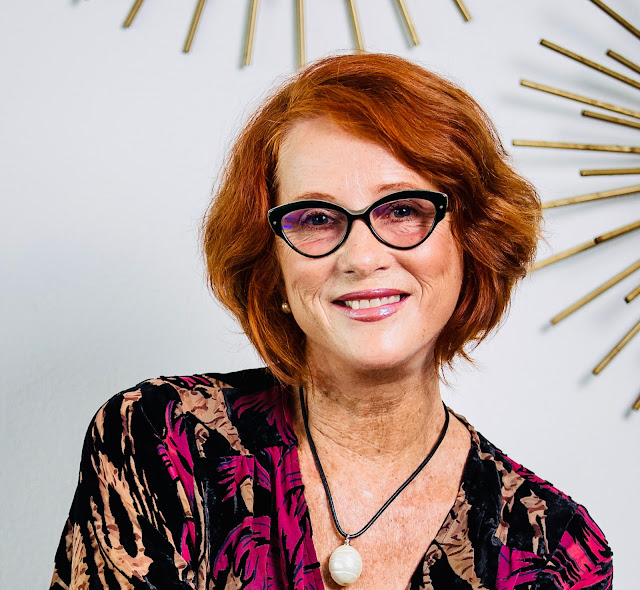 Helena Guerrero, has over 14 years experience as a Certified Biomagnetism / Bioenergetics Therapist helping thousands of people regain their health and well being and 12 yrs organizing the Official Biomagnetism Trainings in the US for Dr. Isaac Goiz Duran MD.
She offers Biomagnetic Pair Therapy in the San Francisco Bay Area, California as well as Long Distance Biomagnetism treatments.
Helena Guerrero introduced Biomagnetism into the US as a Biomagnetism Practitioner in 2009 and she started organizing Dr. Isaac Goiz Durán's  Biomagnetism Trainings in the USA in 2010 till 2017, when Dr Goiz stopped traveling overseas.
She was also in charged of the Biomagnetism Practices assisting Dr. Goiz during his trainings.
After Dr. Isaac Goiz  stopped traveling,  she continued organizing the Biomagnetism trainings in order to keep sharing this revolutionary and simple but extremely effective healing modality and technique.
With over 30 years experience as a Holistic Therapist in different healing modalities, including Energy Healing, Hypnotherapy, Craniosacral Therapy, Massage, Matrix Energetics, The Emotion Code, Bioenergetics, Bodywork  and several Healing techniques, she was introduced to Biomagnetism in 2009 when she attended the 1st level Biomagnetism Training with Dr Isaac Goiz Duran MD, in Mexico City.
The simplicity, effectiveness and low cost of this revolutionary medical discovery was so great that she decided to bring it to the US, so English speaking  doctors, therapists and everyone interested in it could have access to it,  able to learn it and benefit from it.
In 2010 Dr Isaac Goiz Duran MD, agreed to come to the US to teach a class. She organized the first Biomagnetism Seminar in English in San Francisco, California.
Dr. Isaac Goiz continued to come to California and offer  Biomagnetism trainings twice a year till 2017.
She translated all the Biomagnetism material into English. Up to 2010, all Biomagnetism training materials were only available in Spanish.
Helena Guerrero created  BiomagnetismUSA™ website to promote Biomagnetism to English speaking Practitioners and public, primary in the US and Canada but it soon become a worldwide phenomena as  people from all over the world started coming to the BiomagnetismUSA™ trainings in San Francisco, California and now recently she has expanded her trainings to Miami, Florida and Dublin, Ireland.
She is available for in person Biomagnetism Therapy in the San Francisco Bay area, as well as for long distance Biomagnetism treatments known as TeleBioenergetics, which are as effective as regular Biomagnetism sessions.
With TeleBioenergetics, instead of having the person being treated present,  another person's body is used as an antenna or surrogate and the treatment is done through the surrogate.
The body scanning is done through the surrogate and the magnets are placed in the surrogate's body,  immediately impacting the person being treated, no matter how far the person might be.
She has successfully worked with people all over the world though this method. 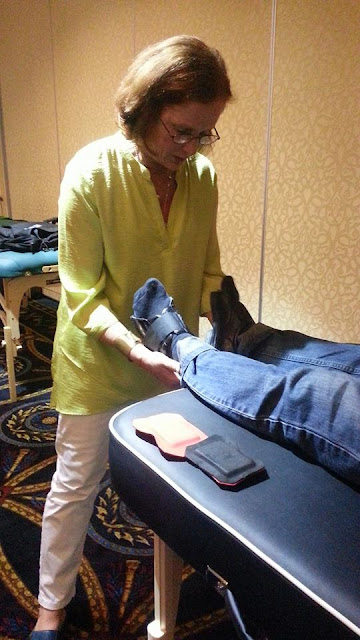